So I started out with the Getting Started for PHP on the Heroku site in my efforts to get into the cloud.

The step-by-step guide on the Heroku site is fairly straight forward. I made the following notes (I am using Windows 10):

However, as soon as I started trying to do more stuff with my Hello World app, I came unstuck, as it uses a whole heap of doohickies that I don’t work with, for instance it uses the Symfony framework.

I personally prefer to start from a blank canvas as such without the additional bumf, using vanilla PHP. Here is my very simple “Hello World”: 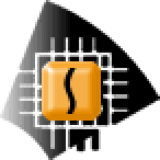 An online outlet for the g33k in me, stylus is a mix of technologies that I teach and or enjoy.